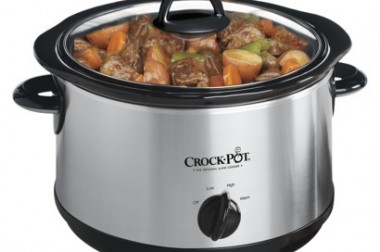 During the winter, menu planning often turns more to soups and stews than at other times of the year.  When that happens, a slow cooker is the perfect appliance for preparing a nutritious meal that is ready when you walk through the door at the end of the day. A slow cooker or “crock pot” is a convenient portable electric appliance popular in today’s kitchens. Slow cookers have several advantages. It’s “all-day cooking without looking.” They are economical to operate and can be used to produce flavorful soups and stews. While many of us find that a slow cooker is our go-to choice for cooking soups and stews in the winter, a slow cooker can be handy any time of year.  The slow cooker operates at low temperature, generally between 170° and 280°F. The combination of direct heat from the pot, lengthy cooking, and steam destroy bacteria, making the slow cooker a safe process for cooking foods as long as a  few steps are followed.

Connect with Extension experts from universities across the country.

We teach, learn, lead and serve, connecting people with the University of Wisconsin, and engaging with them in transforming lives and communities.

Connect with your County Extension Office

Find an Extension employee in our staff directory